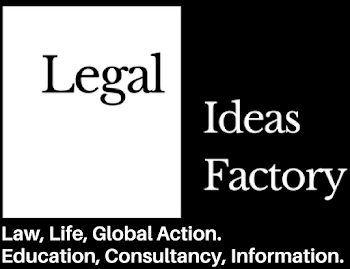 Dolls’ View of the Law

Law claims to be neutral, objective and impartial among all different people. It is traditionally portrayed as requiring some sense of dispassionate rationality and detachment. This notion has been criticised from a number of quarters.
Certain feminist theorists have highlighted that this view privileges male ways of living and can make the authority of the law in some sense ‘male’ especially as caring for ‘particular others’ and being ‘emotional’ have traditionally historically been associated with ‘femininity’.
In this section, we will explore law from different perspectives and use our imaginations to present counterarguments and narratives.
‘Doll’ is used in a provocative and somewhat tongue in cheek way. Dolls as toys for young girls have been criticised in a similar way to the use of the colour ‘pink’ as reinforcing stereotypes. However, what is wrong with being ‘girly’ ‘throwing or running like a girl’? Why and how are these derogatory comments? Why is enjoying playing with dolls, including the most pink, glamorous and stereotypically female criticised by some?

In this section, we explore the ‘ethic of care’, ‘vulnerability’, ‘patriarchy’, ‘power’, ‘oppression’, ‘gender trouble’ and many other related issues which are important to think about when we consider what law is and how law operates in practice. Also, for now, see the new blog in 'Spotlight' section.

We - Pippa, Tammy, Marie and Britt: the Dolls - are angry. We have just read a newspaper column by the conservative party MP for Uxbridge on a topic close to our heart: women’s clothing and appearance. Until recently, this MP was the Foreign Secretary, a man who has a very large and beautiful expensive Georgian villa near our home, who had a privileged education at Eton and Oxford, and who feels he can do and say whatever he pleases and be patted on the back by likeminded characters in a divided, post EU referendum, UK.

As is the nature of the power and authority of such voices in our current world, because HE said it, the airtime and media coverage of this topic has exploded. This MP has not previously shown any interest in women’s rights, women’s oppression or liberation: topics a number of us have been extensively researching (obtaining PhDs, publishing books and internationally peer reviewed articles) since the early 2000s.

We Dolls are strongly of the reasoned opinion that women should wear what they want in liberal democracies. We live in a liberal democracy. It is time for men to let women’s voices be heard. Stop talking about women’s oppression through dress and start allowing them to speak by seriously listening to us and acknowledging the validity of our views.

On 1 August, many women in Denmark wore the burqa or the niqab in Denmark in protest and solidarity. They were doing so because of legal bans that came into force that day banning face coverings: forcing women through law not to wear these. These bans affect a very small minority of the already small minority of Muslim women in Denmark who routinely wear that clothing. Thank you to those protesting women in Denmark. We need to stand up for, and with, the smallest of minorities. Human rights laws exist to assist those in need, minorities, and to ensure our personal freedom. Those who fit in with society’s norms and beliefs most are less likely to need human rights’ protection.

On 13 July, a group formed together on the internet a few days previously to gather outside a London underground station in “handmaids” outfits to protest as a collective group to join the thousands of protesters against the Trump visit to the UK (Facebook: Handmaids Against Trump). ‘Handmaids’ are the classification given to women in the fictional, but chillingly increasingly realistic, novel The Handmaid's Tale by Margaret Atwood adapted by HBO and showing on Channel 4. These women are raped to procreate for the State in a largely infertile dystopian future. They are forced – through law- to wear red modest clothing – dress, cloak and white large winged bonnet. This clothing is used by protesters to starkly represent a whole range of legal risks to women’s rights in 2018 we hoped had been settled, most prominently seen in women’s bodily autonomy rights and now also in women’s rights to religious and other expression. (BTW, the c*** word was shouted at us in a central London street as we protested).

We Dolls love our current outfits designed by Palitoy in the 1970s in the age of the Coca Cola Ad and the New Seekers song, “I’d like to teach the world to sing (in perfect harmony)…” As can be seen in our photo, Britt has purple ensemble and is of Scandinavian origin. Tammy is from the USA and wears a fetching checked jumpsuit. Marie, from Southern Europe, has a rather nifty haircut varying from her original long hair and is in a floral maxi dress. Meanwhile, the leader of the pack, Pippa, has her original sweatshirt emblazoned with ‘P’, and denim pants.

We are glad we live in a country with laws that allow us at least a limited amount of bodily autonomy and the right to appear as, and wear what, we choose. The Danish bans on the full-face veil follow those in certain parts of Germany, Belgium and France. They are unwelcome, and against our interpretation of international human rights law. We will be wearing our Handmaids’ outfits and Burqas soon in support of our sisters forced to procreate against their wishes, and our sisters forced to wear clothes they do not want to, that is, against their wishes.

Others do not need to be threatened or feel oppressed because we choose to wear what we do.

What is threatening and oppressive is:
· being told our appearance and clothing mean something they do not
· especially by those with power to encourage others to rip off our clothing (please be aware this constitutes an assault).
· Spitting at us (also assault) or shouting abuse at us in the street or elsewhere (could also be illegal).
· Stopping us working outside the home.
· Making us feel unwelcome, unwanted and ostracised.
If you’d like to explore these topics in more legal terms, please see:
‘Sahin v Turkey: rewritten feminist judgment’ in Feminist Judgments in International Law 2019 (forthcoming)
“S.A.S. v France: Burqa Bans and the Control or Empowerment of Identities” (2015) 15 Human Rights Law Review 377-389
“Human Rights, Identity and the Legal Regulation of Dress” (2016) 25 Nottingham Law Journal 73-85
Oxford Human Rights Hub blog “S.A.S. v France: Controlling Identities in European Liberal Democracies” 10 April 2015 available at http://ohrh.law.ox.ac.uk/s-a-s-v-france-controlling-identities-in-european-liberal-democracies/
“The Legal Recognition of Personality: full face veils and permissible choices” (2014) 10 International Journal of Law in Context 64-80
“Conditions for freedom? European Human Rights Law and the Islamic headscarf debate” (2008) 30 Human Rights Quarterly 631-654
“Women’s Right to Autonomy and Identity in European Human Rights Law: Manifesting One’s Religion” (2008) 14 Res Publica 177-192. See also Sharon Cowan’s response to this article in the same volume.
“Case Review: Freedom of Religious Expression and Gender Equality: Sahin v Turkey” (2006) 69 Modern Law Review 452-461
Please note this is protected by Copyright: Prof Jill Marshall August 2018. Do not use without the author's permission.